Three Tea Lattes to Make on a Rainy Northwest Day 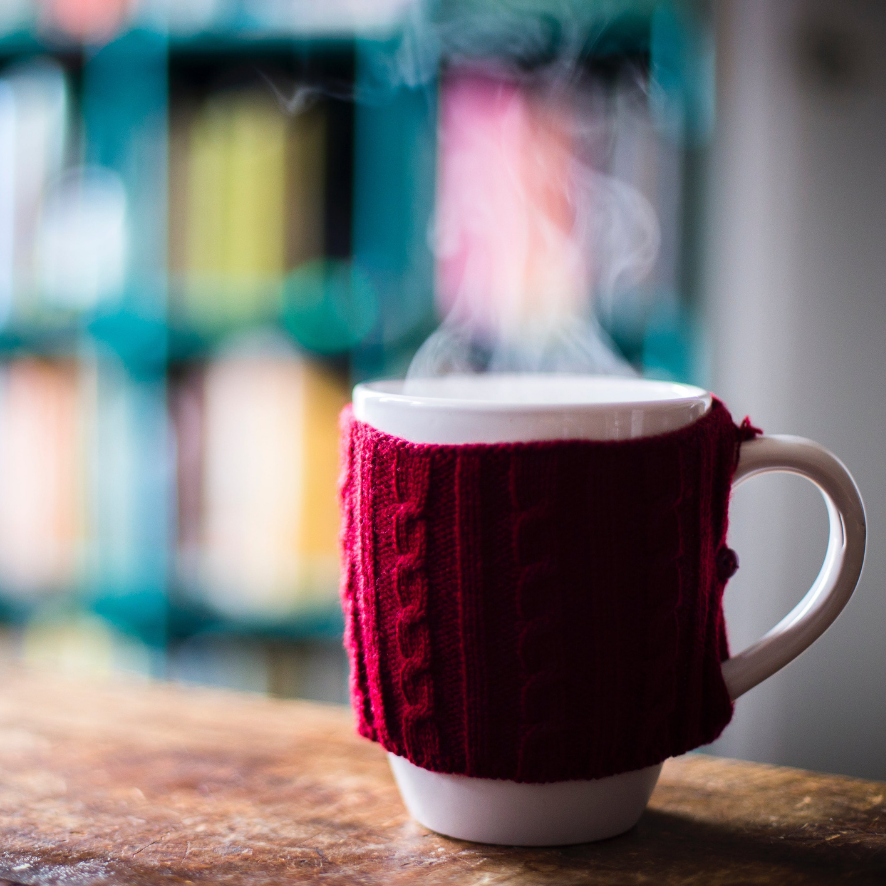 Coffee may be the morning drink of choice for many in America, but in other parts of the world, it’s often tea. It has a long and complex history, but tea can be traced all the way back to China in 2737 BC. According to legend, an Emperor named Shennung was sitting underneath a tea tree when a few leaves fell into his pot of hot water, giving it a pleasant flavor and color.

Since then, the aromatic beverage has spread across continents and is now considered one of the most consumed drinks in the world, with more than 20,000 different varieties!

Whether you’re wanting to quit coffee or start your morning with something new, grab your favorite mug and try one (or all three!) of these tea lattes. 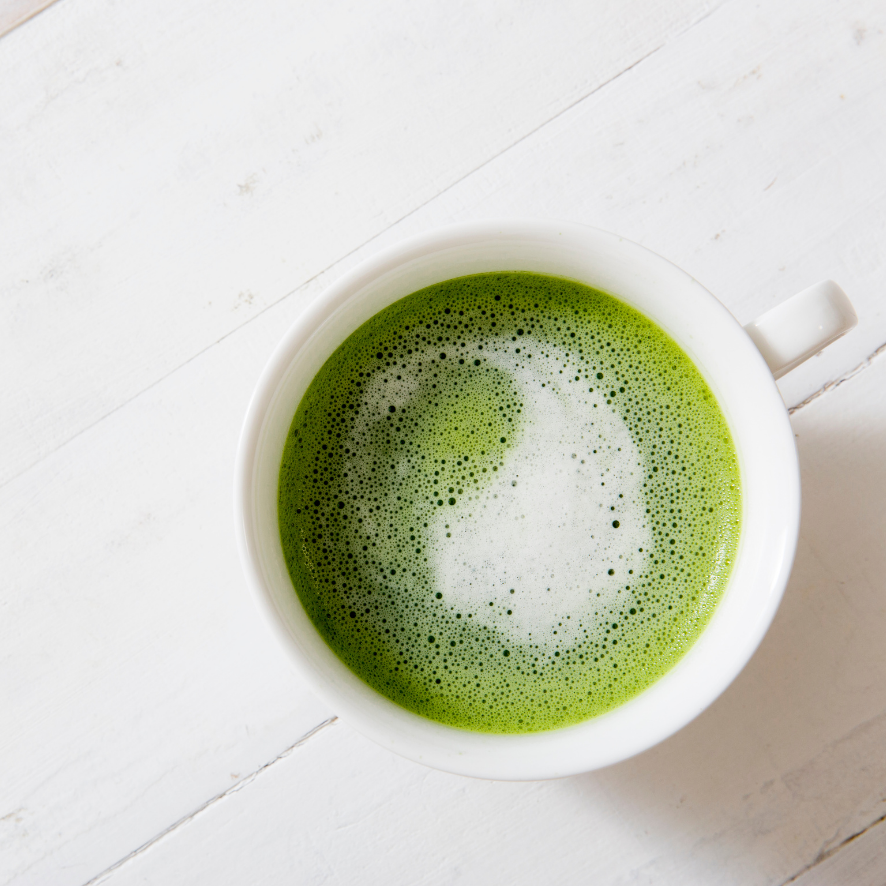 Matcha is a part of the green-tea family, and is traditionally consumed in East Asia. Young tea leaves are ground finely until it’s a vibrant green powder. (And if you’re wondering what matcha means, it literally translates as “powdered tea.”) Matcha is smooth, creamy, and sweet with vegetal notes and the addition of milk makes it even creamier!

Gently warm milk in a saucepan (or use a milk steamer). Meanwhile, place matcha and sugar in your favorite mug, followed by the hot water.

Tip: Make sure to not use boiling water. Otherwise, it could cause the matcha to taste bitter.

Mix with a spoon until it’s a smooth dark green – no lumps!

Pour the warmed milk into the mug and give it another stir. Finish with a dusting of matcha, if you’re feeling fancy. 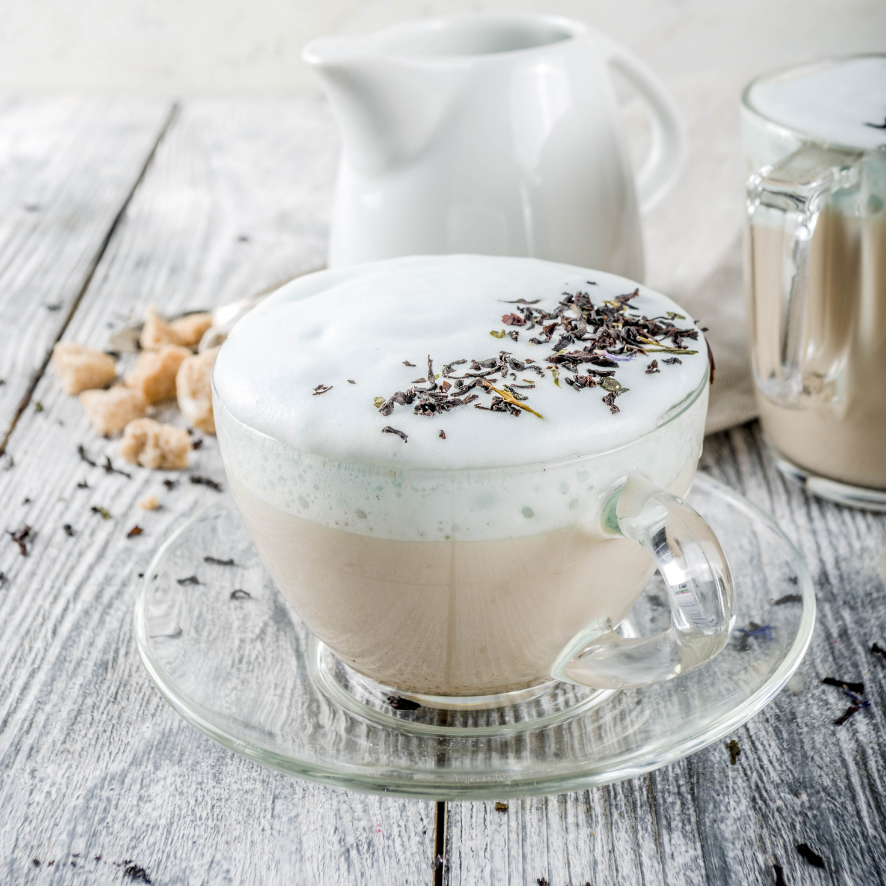 While the name may suggest this latte originated in England, it was actually our neighbors to the north in Vancouver, British Columbia that created this delightful concoction of Earl Gray tea, milk, and vanilla.

Bring eight ounces of water to a boil.

Place the tea bag in your favorite mug and pour the boiling water in, leaving room for milk. Let the tea steep for five minutes.

Meanwhile, it’s time to make the “fog.” If you don’t have a milk steamer, there are a few ways you can froth milk:

Once the milk is ready, remove the tea bag from the mug, stir in the vanilla extract, pour in the warmed milk and spoon the milk foam on top. Pinky raising is optional but highly encouraged. 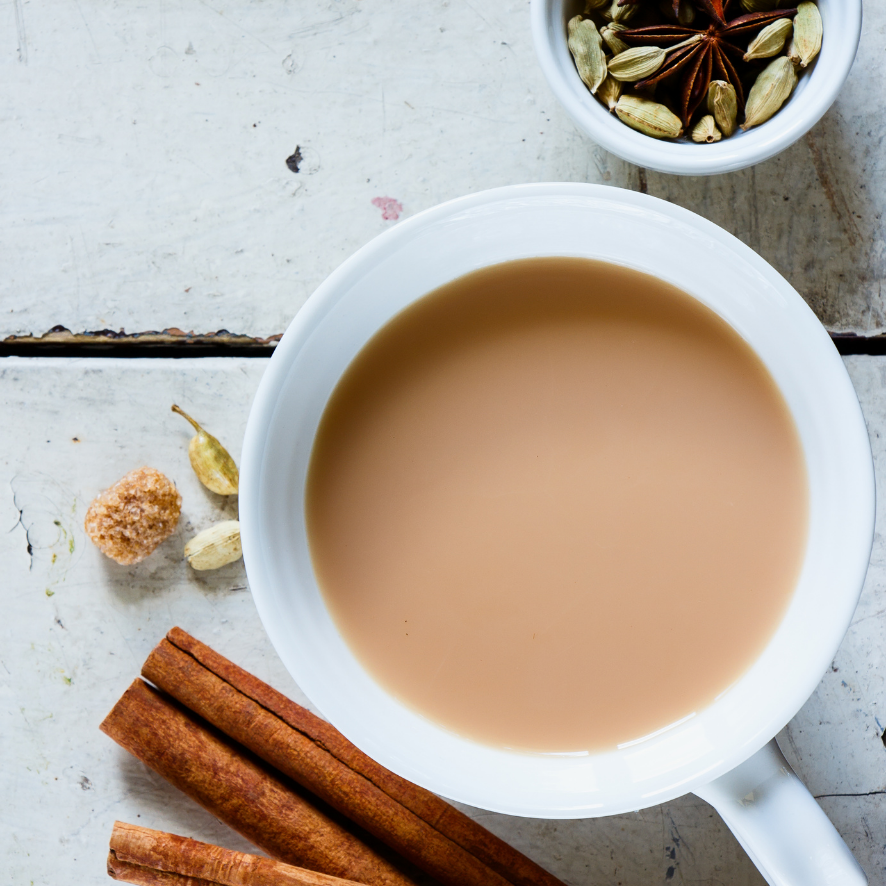 Masala chai – mixed spice tea - is a popular drink that originated in India and can now be found on café menus across the world. There is a myriad of ways to prepare masala chai as many families have their own recipes. There are, however, four basic components to make the spicy-sweet drink: black tea, warming spices, milk, and sweetener. While many other teas are usually brewed in water with milk later added, masala chai is brewed directly in the milk.

Place all of the spices, except the ginger, in a medium saucepan and toast over medium-low heat until aromatic.

Add water and ginger then bring to a boil. Simmer for a few minutes.

Add the tea bags and once it turns into a nice dark color, pour in the milk and sugar and bring to a simmer.

Once the foam reaches the top of the pan, remove from heat and let steep for five minutes (or longer!) to allow the flavors to mingle.

Strain into your favorite mug and enjoy!

Tip: This recipe is completely customizable! Adjust to how you like it. Prefer it spicier? Add more peppercorns. Don’t like ginger? No problem! Skip it. Want it less sweet? Decrease the sugar amount. (You get the idea!)