My Order (0) My Order (0)
My Order
Your next delivery is empty. Add products and choose "Weekly" or "Next Delivery Only" frequency to receive a delivery this week. For assistance, give us a call at 503-751-8424.
My Account
Close
Hi builtin
Menu

In 2012 Blue Star was founded on the idea of making the best gourmet donuts possible from scratch. Asking themselves what if they could showcase fresh fruit, herbs and spices and even liqueurs? What if they used brioche, tender and buttery, as the raised-yeast base? And what if these donuts were crafted with the taste and values of Portland in mind, partnering with neighbors and creating a beloved product that would support the community they’re a part of? Fast-forward to today, where the name and unforgettably sweet treats are practically synonymous with the city—loved by tourists and locals alike! Blue Star Donuts has something for everyone offering both regular and vegan donut options in playful, adventurous, and seasonal flavors. 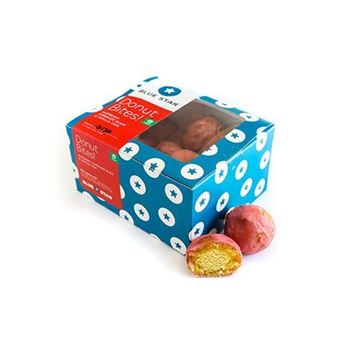